Once, I heard a story that Martha Stewart intimated how Bill Gates has his network connections setup. Apparently, she criticized him for having messy wiring all over the place. It seems that she felt that Bill should have gone wireless and have a much neater place. Perhaps she was right. Or, maybe, Bill had a reason to keep it the way it is. After all, there are pros and cons when it comes to wire vs wireless connections. So, who has the better setup: Martha Stewart, or Bill Gates? The answer: it depends on who you ask.

In this court case, we will examine Stewart vs Gates, and speculate how each is afforded the benefit of their individual Internet connections, as well as their negative impact. 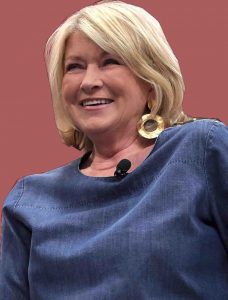 Taking Martha Stewart’s reputation at face value when it comes to appearance and fashion, we must assume that her reasoning for going wireless was because she wanted to be practical. There is no denying that not having to deal with networking wiring can be a convenience. There is no need to install anything. As long as the wireless range is strong and distributed through access points, then the connection can be smooth, allowing a user to roam around a big property without fear of losing the connection. But…what about security? Well, we are made to believe that wireless routers are secured enough to protect our networks. However, we are, also, made aware that persistent intruders try to invade networks by using sophisticated hacking tools that take advantage of security flaws. For that reason, it is important to properly secure the network by taking certain precautions. To that end, the person in charge of the wireless network should be educated enough to know about basic wireless security. 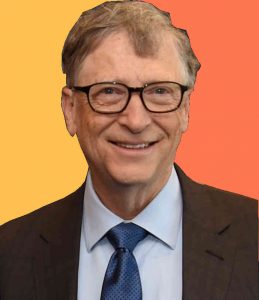 Now, we come to the part where we judge Bill Gates for being so “messy” for having all those network wires in order to access the Internet. I am not sure how Bill has his network infrastructure. I can assume that there is a network closet in his house, and that there are multiple network ports coming from the wall spread throughout. This, in turn, could allow strategically placed computers access to the Internet. At the same time, his network connection is protected from wireless snoopers. The question is: is Bill’s network fully protected from outside intruders trying to spy on his online activities? We should hope so. However, there are those that might try to break his security by directly attacking his home server. Therefore, good network policies should be applied in order to close any holes that would allow any break-in. So, the only issue that remains is the aesthetics. If carefully designed, any wired connections could be masterfully installed without causing an eye-sore. The only way this type of infrastructure can be seen as ugly is if cables are thrown all over the place, without thought of how it might affect physical manageability. Overall, I think that Bill has a wired architecture for better security and protection. A high profile person like him, with so many company secrets, cannot afford not to better protect his system as best as possible.

So, who is the winner? Martha? Bill? How about both?! Martha wins in having a clean, manageable setup, with laptops that can roam anywhere in her property. On the other hand, Bill wins by having a network architecture that does not suffer from wireless attacks.

There are no easy answers when it comes to the choice of network connections. There are positives and negatives to be considered. Therefore, special considerations have to be taken into account, and why choose one over the other.